The Cost of On-the-Job Traffic Crashes

When an employee is involved in a crash while on the job or while driving a company vehicle, it is the parent employer who ultimately pays the bill. On-the-job traffic incidents that result in a serious injury or death are not only emotionally devastating to everyone involved, but they can also have a huge impact on a company’s bottom line.

In 2013, around 1,600 people were killed in on-the-job motor vehicle traffic crashes in the U.S., according to the most recent data by the Network of Employers for Traffic Safety (NETS). In each case, the cost per incident to the parent company was more than $671,000. Some 293,000 more people are injured each year in on-the-job crashes on U.S. roadways at a cost of more than $64,000 per incident to employers.

In addition to the loss of life and injuries, on-the-job traffic crashes also caused damage to more than 700,000 vehicles in 2013, costing employers an average of $24,000 per incident. According to the NETS report, 20% of a fleet is generally involved in some type of crash annually. This means that a fleet of 1,000 vehicles averages a cost of $1,178,000 per year in property damages alone.

In addition to the medical and legal expenses, property damage and potential lawsuits and liabilities, on-the-job traffic crashes have other, indirect costs as well.

For example, when employees are injured in a crash, they are often forced to miss work. This results in lost productivity in addition to workers’ compensation claims and the associated expenses of having to hire and train a replacement if an employee cannot return to work.

On-the-job crashes can also harm your company’s reputation. If employees are out on the roadways, driving erratically or recklessly in company vehicles or involved in crashes, it ultimately reflects poorly on the employer. This can lead to bad publicity, lost customers and missed revenue.

For companies who are self-insured, on-the-job crashes and related expenses have a huge negative effect on the bottom line. For companies that are insured by outside entities, crashes can cause insurance premiums to increase dramatically.

Research shows that driver behavior has a direct effect on on-the-job crashes. As a result, training and compliance should be as important to a company as checking drivers’ Motor Vehicle Reports, maintaining company vehicles and ensuring on-time deliveries.

Simply put, improving driver behavior is good for business. But keeping your drivers and fleet in compliance in today’s complex regulatory environment is also the law. By creating and enforcing a driver safety and compliance program complete with advanced, behind-the-wheel training, you can ensure that your drivers learn the skills they need to drive more defensively and avoid crashes, while also keeping your fleet compliant with U.S. Department of Transportation (DOT) regulations.

Fortunately, most motor vehicle crashes are preventable. The biggest causes of crashes resulting in serious injury or death are speeding, driving while impaired, not wearing a seat belt and distracted driving.

The impact of distracted driving can be especially devastating. According to the U.S. Department of Transportation’s National Highway Traffic Safety Administration (NHTSA), 37,461 people died on U.S. roadways in 2016, and distracted driving played a role in 3,450 of those deaths.

Despite the known dangers, in a recent survey by AT&T, some 70% of respondents admitted to using their smartphones while driving to read and respond to texts, as well as to use email and social media like Facebook, Twitter and Instagram. Some even admitted to shooting videos and snapping selfies from behind the wheel.

Creating and enforcing a distracted driving policy for your fleet that prohibits the use of phones and hands-free devices from behind the wheel in company vehicles can reduce the number of on-the-job driving incidents that result in injuries, death and property damage. Setting rules around the use of navigation systems is also important. Drivers should never set destinations or interact with navigation tools while driving.

An effective driver safety program and driver training methodology can protect employees from on-the-job crashes, protect employers from liability and improve the safety of everyone on the road.

To learn more about how Smith System combines classroom training with customized behind-the-wheel training to improve drivers’ safety and performance while also protecting your fleet’s safety rating and ensuring that you are in good standing with the DOT, contact our team of experts today.

END_OF_DOCUMENT_TOKEN_TO_BE_REPLACED 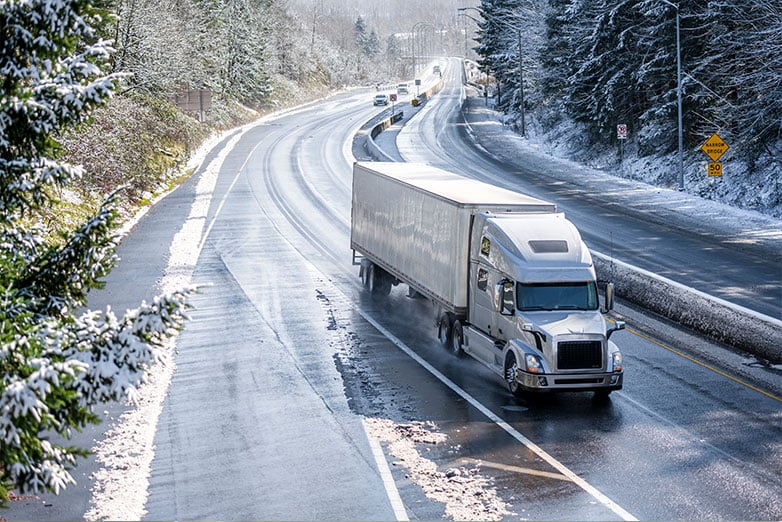