Not all car crashes are created equal. They can cause varying amounts of damage, to both property and people, and they happen for several reasons — from human error to mechanical failure to weather-related factors. But what happens if you get in a car accident in a company car?

While most of us know the necessary procedures to follow when we’re in a car crash, what happens after the crash can be somewhat different when that crash involves a company vehicle.

3 Steps to Take When You Crash a Company Vehicle

If you drive a company vehicle, it’s important to know what happens in the event of an on-the-job collision.

Car crashes are often complicated. In addition to dealing with insurance and determining which driver was at fault, there may be injuries to recover from.

Figuring out who foots the bill and carries the responsibility for a company vehicle crash will often have long-term repercussions, so it’s good to learn what will happen and how it can affect you.

Step 1: Deciding Who Is to Blame

Determining fault is usually the first step in deciding who is financially responsible in a work-related collision. When you’re in a company vehicle, this can get complicated quickly.

For example, let’s say you’re in a company vehicle, stopped at a red light. Suddenly, you’re rear-ended by a driver who isn’t paying attention. It’s pretty clear that the other driver is to blame.

Now let’s say you’re the driver who rear-ends a car that’s sitting at a red light. If you weren’t paying attention — perhaps you were looking down at a text you just received or engaging in other types of distracted driving — then the crash in the company vehicle is your fault.

However, if you rear-ended the car because of mechanical failure that’s linked to the vehicle not being properly maintained, your employer may be liable. Since it’s not your personal vehicle, your employer is responsible for making sure it’s safe to drive.

But keep in mind that there are limits to your employer’s liability. In most cases, this usually goes back to the question of whether or not you were in the scope of your duties when the crash happened.

In a nutshell, this means that if you were carrying out a job-related function, you’re covered by your employer’s insurance.

For example, let’s say you were making sales calls in a company car and you ran into a car that stopped suddenly in front of you. Because the crash happened during working hours, and you were performing job-related duties, your company would assume the liability for the crash.

But if the situation changes, things are different. Let’s say that you went to your child’s basketball game after work in your company car. Driving home after the game, you run into a car that stops suddenly in front of you.

Now, even though the type of crash is the same, there’s a question about liability because you were not driving for company business. Because of that, you might be held liable for damages.

One other possible scenario occurs if you use a company vehicle for personal reasons during business hours. This is known as “frolic” in legal terms, but it isn’t nearly as lighthearted as it sounds.

In this instance, maybe you were making sales calls in your company vehicle, but decided to drop by your gym for a workout. On your way, you run into another car.

Since you were not performing work duties at the time of the crash and were doing something for personal purposes, this could fall under the category of “frolic,” which means your employer might not be legally obligated to pay for any damages or injuries.

Laws can vary by state or jurisdiction, which is another factor that can complicate what happens after a crash in a company car.

It’s important to know what kind of coverage your employer has if you are using a company vehicle and what your state and local laws say.

Knowing the scope and limitations of that coverage may affect your decision to use the vehicle when you’re not on company time. It’s also wise to know what policies and procedures are in place for various scenarios involving damage to the vehicle.

Of course, the best way to avoid dealing with crash complications is to develop better driving habits that keep your vehicle, your passengers and other drivers safe. 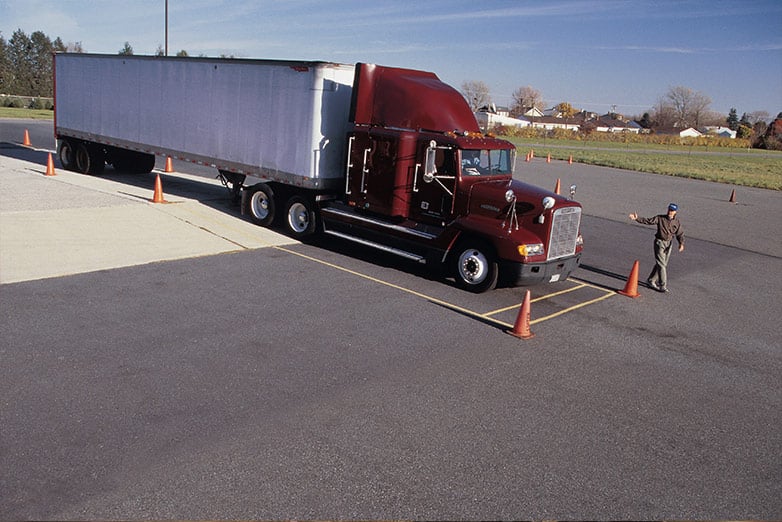