The Impact of Distracted Driving 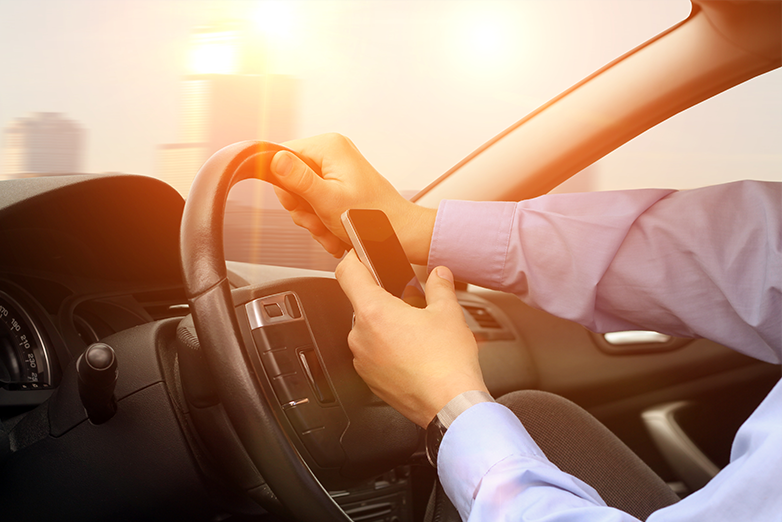 As many as one in three U.S. adults admits to using some kind of technology while driving, whether it’s entering an address into a navigation system, talking on a cellphone, changing a radio station or some other distraction. Truth be told, that number is probably much, much higher.

Millions more engage in other distracting driving behaviors that take their attention away from the road. Eating behind the wheel, using social media like and even talking with hands-free devices can all dangerously distract drivers and lead to big problems.

What is the real impact of distracted driving and how does it affect your employees? The biggest cost is loss of life.

According to the U.S. Department of Transportation’s National Highway Traffic Safety Administration (NHTSA), 37,461 people died on U.S. roadways in 2016. This is a 5.6% increase from 2015. Distracted driving played a role in 3,450 of those deaths.

Additionally, some nine people are killed and more than 1,000 injured in crashes that involve a distracted driver each day in the U.S., according to the Centers for Disease Control and Prevention.

What Is Distracted Driving?

Distracted driving is the act of driving while engaging in another activity that demands your attention and takes your hands off the wheel or your eyes and mind off of driving and the road. Driving distracted not only increases your chances of a motor vehicle crash, it's also illegal.

Most states have distracted driving laws on the books that are punishable by fines or even jail time in some cases.

The Cost of Distracted Driving

When your drivers are guilty of distracted driving, they can also open your company to major liability.

If your employee has a collision on company time or while driving a company vehicle, the company is ultimately responsible.

How much could this cost? In 2016, according to the Network of Employers for Traffic Safety (NETS), some 1,600 people were killed in on-the-job crashes in the U.S.

In addition to the direct monetary costs of distracted driving, there are also other costs to your business and your business’s reputation to consider.

For example, it reflects poorly on your company if your employees are out on the road in company vehicles, driving distracted while making deliveries, visiting customers and going to appointments.

What Your Company Can Do About Distracted Driving

Distracted driving is a very real and dangerous problem, but there is some good news.

By establishing and enforcing a distracted driving policy at your company, you can improve the safety of your employees, reduce your liability and ultimately save lives on the road.

The first step is creating a distracted driving policy for your drivers while they are out on the road. Don’t allow drivers to call or text from behind the wheel — or accept or respond to calls and texts.

They should not have to manipulate the navigation tools at all while driving.

Drivers should also use the "do not disturb" settings on their phones. Anyone sending a message to the driver will get an automatic reply that lets the sender know the driver cannot respond because he or she is driving.

It is also important to get managers and leadership on board with the new policy so that everyone has the same goal.

Being safe requires drivers to have their full attention on the road. Creating and enforcing a distracted driving policy at your company will not only help your employees create safer driving habits, it will improve your company’s overall performance and reputation and keep everyone safer on the road.

Smith System offers a number of fleet-management solutions that allow you to track fleet vehicles and monitor driver behavior.