3 Reasons Commercial Fleet Crashes Are on the Rise 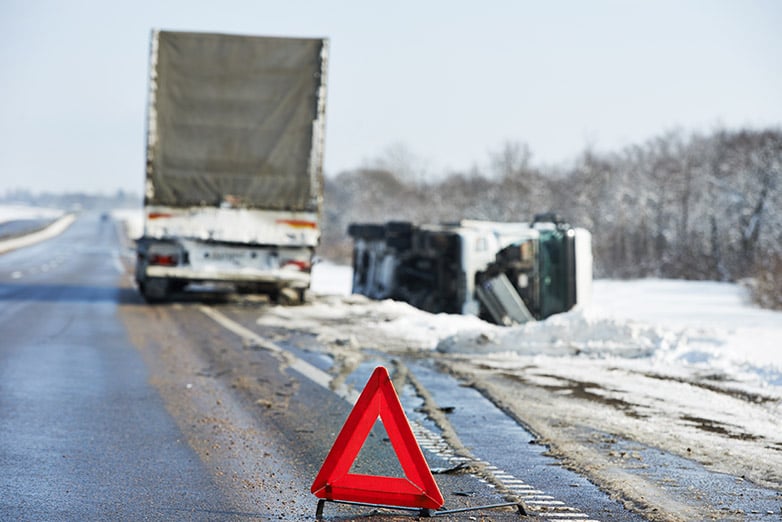 Safety behind the wheel is a concern for every driver, but for fleet safety managers, it’s the single most important aspect of the job. Despite advancements made in automotive safety and improvements in features such as collision avoidance and lane departure warnings, the annual rate of crashes for commercial fleets remains at 20 percent.

The rate is even higher for certain industries, such as pharmaceutical companies whose drivers spend a much greater amount of time behind the wheel.

As the number of miles driven increases, so does the risk of a crash. An OSHA study found that the typical driver in the U.S. drives between 12,000 and 15,000 miles a year and has about a one in 15 chance of getting in a crash. Fleet drivers, by comparison, put in an additional 8,000 to 10,000 miles behind the wheel each year, and the odds of a crash increase with every mile.

Reducing crashes begins with understanding what’s causing them and creating a plan to offset those causes. Here’s a look at three of the main factors the cause driving fleet vehicle crashes today — and what fleet safety managers can do to curb them.

According to the National Safety Council, distracted driving remains the leading cause of crashes. The technology designed to keep us more connected, informed and aware can also provide tremendous distractions behind the wheel.

While cell phone use and texting gain the lion’s share of attention when it comes to crashes, they aren’t the only pieces of technology taking drivers’ eyes off the road.

Features like GPS navigation, hands-free calling and music streaming are designed to make driving safer However, they pull attention away from the road. In fact, a study by AAA and the University of Utah found that in-vehicle infotainment systems and touchscreen features keep drivers distracted for as long as 40 seconds at a time.

This is a dangerous finding, given that previous research shows a driver’s risk for a crash doubles when they take their eyes off the road for two seconds. With distracted driving playing such a key role in crashes, it’s imperative that commercial fleets implement a company-wide distracted driving policy to clarify what’s allowed, expected and forbidden.

Companies should also provide training to emphasize the dangers of distracted driving and give options for handling situations that create distraction. Smith System’s Driving Distracted presentation is one way to educate drivers on the four types of distractions and introduce ways to change behavior to create greater safety behind the wheel.

While safety managers wouldn’t dream of letting drivers get behind the wheel after drinking, they may not realize that a driver who has missed two or three hours of sleep will have the same level of risk as someone who is driving drunk.

Learning the dangers of drowsy driving can help drivers take their downtime more seriously, but it also is important that they receive the necessary tools to manage those times when they haven’t had sufficient sleep.

Whether it’s because of an early-morning meeting, being up too late with a sick child or another unplanned and unavoidable circumstance, drivers will be safer if they know how to implement practices to offset their lack of sleep.

Smith System’s training video, Driving Drowsy, teaches some of the common misconceptions about fatigued driving, offers solutions for managing situations when fatigue is a problem and demonstrates how to use the Smith5Keys® principles to stay alert and safe behind the wheel.

The Insurance Institute for Highway Safety links higher speed limits with more crashes and fatalities. The faster a vehicle is going, the more time it needs to stop or to react to any changes on the road.

When coupled with other dangers like distracted and drowsy driving, high speeds can become even more dangerous. Commercial safety managers can help drivers better manage driving conditions, such as those on highways that allow high speed, by providing proper safety training.

The Smith5Keys® provide drivers with the knowledge they need to allow more time to react to traffic and weather conditions and leave space that could not only avoid a crash, it could save their life and the lives of others.

How to Combat Rising Crash Rates

Addressing the root problems is the only way to prevent crashes and potentially save lives. Reducing crashes begins with educating drivers on how to manage common distractions inside and outside the vehicle and giving them the tools they need to not only change their own driving behavior but to mitigate the situation on the road around them.